2019 Board of Directors Election

Instructions for Voting
The ACLU of Texas is committed to a diverse board and one that is representative of the various regions of Texas.

Ricardo de Anda
Ricardo is a lifelong resident of Laredo. He was one of the first Latino graduates of Stanford Law School. He is a civil rights attorney who has been practicing for over 40 years and currently has his own firm focusing on trial litigation involving commercial disputes, civil rights, school segregation and immigrants rights in defense of families in need, and legal consultation services for private and public clients. He is a committed, lifelong fighter for underserved communities and immigrants, and has successfully represented asylum seekers as well as confronted racist militias operating in Texas in court.

He has worked with the Mexican American Legal Defense and Educational Fund (MALDEF), and the Webb County Heritage Foundation, as well as served on the Board of Directors of the Texas Rural Legal Aid. He actively participates in state and local politics.

Marilyn Eiland
Marilyn was previously a school speech pathologist in Baytown who sold real estate in the summer to supplement her income, until she fell in love with the industry. She has now been active in the real estate profession since 1972, starting as a training director, then agent, general manager and ultimately becoming the president and partner in that agency. She is now an owner and partner in her own franchised real estate firm.

Marilyn’s community service, volunteerism and fundraising has involved The Sunshine Kids Foundation, Habitat for Humanity, Rebuild Houston and the Houston Food Bank, along with the San Jacinto Education Foundation and others.

Robin M. Green
Robin M. Green has over forty-five years of trial experience and is Board Certified in Civil Trial Law by the Texas Board of Legal Specialization. He began as an Assistant District Attorney in Amarillo, Potter County, Texas. He practiced in Amarillo for sixteen years before moving to Lubbock where he has practiced in several firms and as a solo practitioner.

Gilberto Hinojosa
Born and raised in the Rio Grande Valley, Gilberto attended public schools and was the first in his family to graduate from college. He received his J.D. from Georgetown University Law Center. Returning to Texas, he became the managing attorney for the Brownsville office of Texas Rural Legal Aid.

Governor Ann Richards appointed Gilberto to the Texas Board of Criminal Justice, overseeing the Texas prison and parole system. He has served his fellow Texans as a county, district court, and court of appeals judge in both appointed and elected capacities. Gilberto is currently in private practice in Brownsville.

Gilberto is currently serving as the Texas Democratic Party Chair (since 2012).

Graciela I. Sanchez
Graciela follows in the footsteps of her mother and abuelitas, strong women of color cultural workers and activists of San Antonio. As a Buena gente of the Esperanza Peace and Justice Center, a community-based cultural arts/social justice organization, Graciela works to develop programs that culturally ground people of color, queer people and women, and survivors of cultural genocide. She challenges notions of arts and politics as separate work environments, leading the vision and operations of Esperanza as a community center, art exhibition and performance space, policy change hub, and network facilitator for social justice, environmental, and community-based arts. Facilitating conversations on colonization, genocide, power, violence, racism, sexism and homo/transphobia, Graciela works to develop and curate programs and organize gente to challenge oppressive laws in San Antonio, the U.S. and the world.

Alisa L. Simmons
Alisa is in her third term as president of the Arlington Branch of the NAACP and sits on the executive committee of the Texas State Conference of NAACP. She is ardently committed to working to eliminate racial discrimination and to ensuring the political, educational, social, and economic equality of rights for the marginalized and disenfranchised in Arlington.

Alisa is currently a business owner of a promotional products, printing and apparel distributorship; a company she acquired after an 18-year public relations career as Marketing and Communications manager for the Tarrant County 9-1-1 District.

Manpreet K. Singh
Manpreet is Director and Trustee of the Sikh Coalition. She is a practicing attorney who has been recognized by the Houston Young Lawyers Association and a recipient of the State Bar of Texas Diversity Champion Award in 2018 for her work in support of the Sikh and South Asian community in the greater Houston area.

In 2008 and 2014, Manpreet testified in front of the Texas Board of Education to include Sikhism in school textbooks and continued to be a fierce advocate of Sikh education by teaching Sikhism in classrooms across Texas. Nationally, she has traveled to Washington D.C. to lobby for passage of the Safe Schools Act and to advocate for religious tolerance in the U.S. In recent years, she has completed the Harvard Leadership Program. Manpreet was born and raised in Houston. 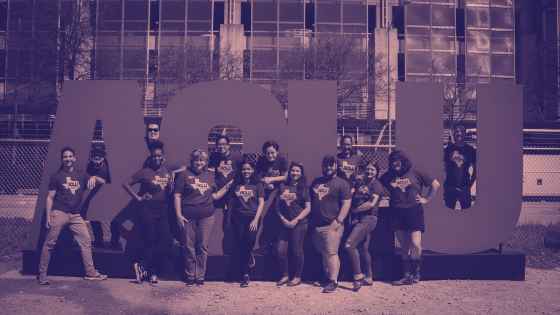