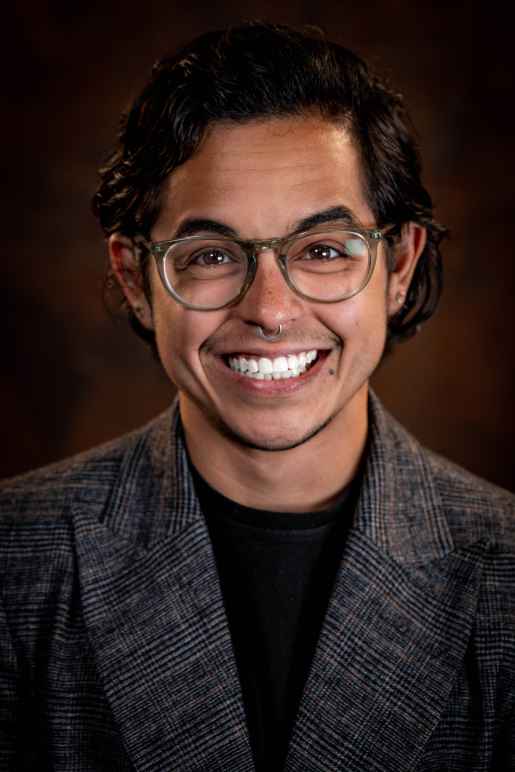 Adri Perez is a life-long El Pasoan, UTEP graduate, and policy & advocacy strategist for the ACLU of Texas, where they lead LGBTQIA+ advocacy on the Sexuality & Gender Equality team. Adri represents the ACLU of Texas in statewide coalitions, trains and educates families of trans kids, and advocates at the legislature on bills that affect trans Texans.

Adri is an organizer whose intersectional experience motivates their advocacy as a native fronterizx, transgender, queer educator and abortion storyteller. Prior to joining the ACLU of Texas in 2018, Adri started West Fund, the first abortion fund in West Texas. They also co-founded the Fronterizx Fianza Fund that raises money to pay bonds for people in immigration detention. Adri previously worked at Ngage New Mexico, Fund Texas Choice, and YWCA El Paso Del Norte.

Adri received the Rising Star Award from the League of Women Voters of El Paso and the “Golden Girl” Award from the El Paso Queer Bar Association in 2019. They were recognized as the Texas Rising 2015 Organizer of the Year while a student at the University of Texas at El Paso. Adri holds a B.S. in biochemistry and secondary education from UTEP. They are based in El Paso and Austin.

What it Takes to Fight for Trans Kids in Texas

How We Can All Help LGBTQIA+ Students Thrive

Pride Month Is and Has Always Been About Protest

Transgender Awareness Week: The Road Ahead for Trans Texans