2019 Update – Death, Damage, and Failure: Past, Present, and Future Impacts of Walls on the U.S.-Mexico Border

"Death, Damage, and Failure: Past, Present, and Future Impacts of Walls on the U.S.-Mexico Border – 2019 Update" is an update to a 2018 report analyzing the destructive impacts of border barrier construction with new information about additional border barrier funding and future construction plans. For the past quarter century, the poorly defined and shifting benchmark of "securing the border" has done little to make the U.S. safer or significantly reduce smuggling or immigration. Last year, the original report examined the border walls built since 1994, when the federal goverment aimed to use militarization of the southern border in an effort to convince potential migrants that crossing was too dangerous.

In September 2018, when our original report was released, Congress had provided the Trump administration with $1,912,000,000 to replace existing barriers in California, Arizona, New Mexico, and to build entirely new border walls in Texas. In 2019, Congress provided the president with an additional $1.375 billion through 2019 to wall off the remainder of South Texas’ Lower Rio Grande Valley. This unprecedented funding will allow the Trump administration to draw from more than $10 billion to use for border wall construction, dwarfing the $2.3 billion spent on border barriers from 2007 through 2015. 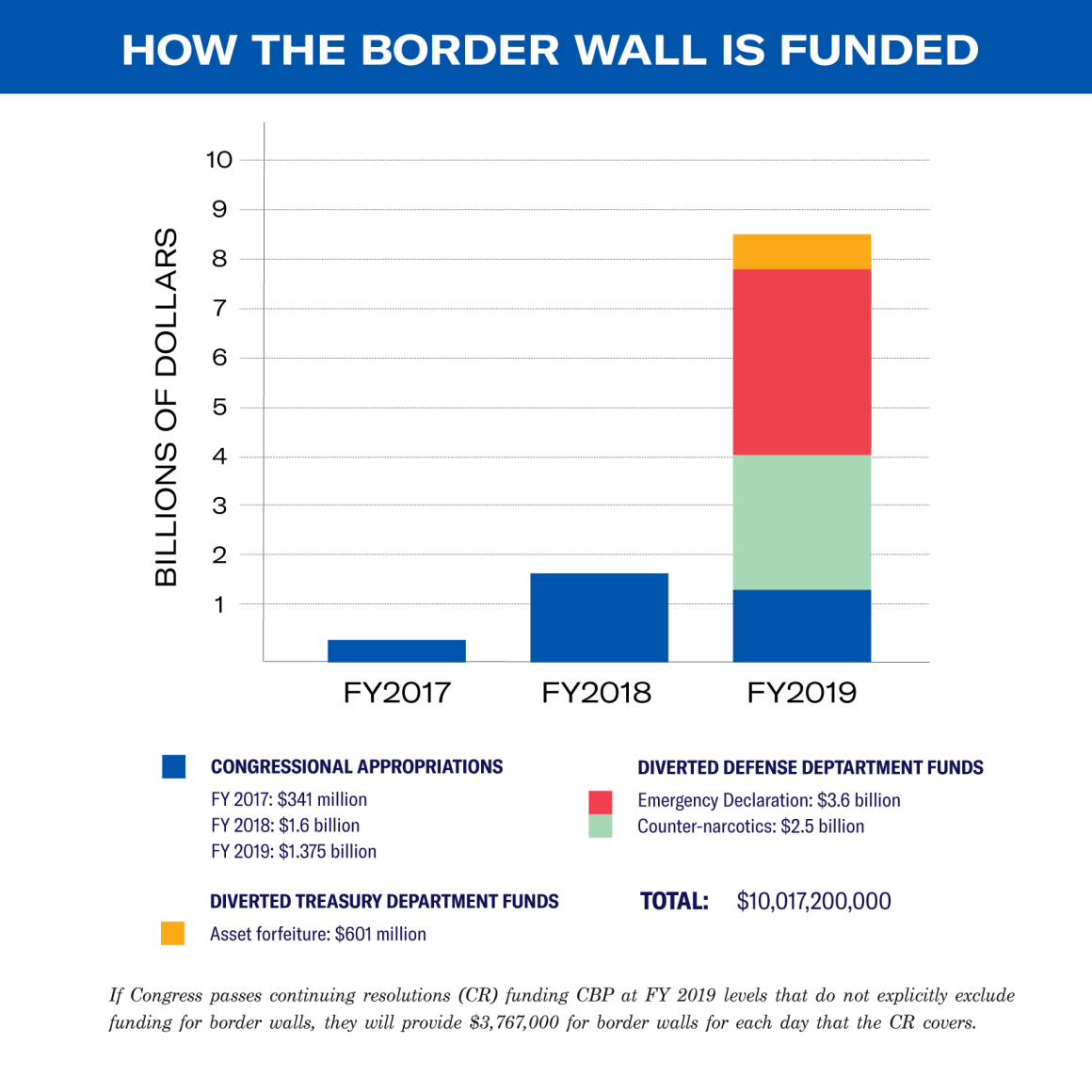 The full updated report with detailed breakdowns of the impacts of walls on the U.S.-Mexico border is available for download below.