An Abortion Advocacy Movement for Everybody

Abortion is legal in Texas and across the United States, but that doesn’t stop anti-abortion politicians from doing whatever they can to interfere with access to reproductive healthcare. Local governments have added fuel to the fire by passing anti-abortion ordinances that confuse residents about their rights and increase the ever-present stigma around seeking abortion care.

That’s why, for the first time, reproductive rights, health, and justice groups in our state are joining forces to expand essential health care access for all Texans by creating the Texas Abortion Access Network. Get involved and sign up to become a founding member of TAAN.

In the last year alone, 13 cities in Texas have passed so-called “sanctuary cities for the unborn” ordinances. These ordinances attempt to ban abortion in those cities if Roe v. Wade is overturned, and some even attempt to ban contraception. At one point, many of these ordinances even declared abortion providers and other advocacy groups to be “criminal organizations.”

We sued and successfully pushed those cities to remove the most harmful parts of those ordinances — but those laws are just one example of the many ways Texas politicians have attacked reproductive freedom. For years, Texas politicians have piled restriction after restriction on abortion access. From enacting 2013’s House Bill 2, which led to the closure of half of all Texan abortion clinics, to banning abortions during the early COVID-19 pandemic, elected officials in Texas continually work to block essential healthcare.

But together, we are fighting back for the right to determine our own lives and destinies.

Through TAAN, we are building grassroots power across Texas. We will not only defend against further restrictions but also empower activists to dive into action and put proactive, protective laws on the books in their hometowns. We are building a diverse base of volunteers that represent every corner of the state and equipping them with the tools they need to be leaders in their communities.

A key component of TAAN is the Texas Abortion Access Academy, an 8-week online training program led by abortion access experts. The academy will cover a comprehensive array of topics to build each person’s capacity to become an effective abortion rights advocate. We’re including a crash-course on the status of abortion in Texas, how to talk to others about abortion, background on reproductive justice, and how to advocate and organize for abortion access. At the end of the program, cohort members will have gained the skills to lobby their local government, have difficult conversations about abortion, and get others involved in the movement.

Let’s be clear: Attacks on abortion care won’t stop Texans from needing, and seeking, abortion care. They’ll just ensure that the most vulnerable Texans have a much more difficult and costly experience accessing it. We’ve seen it again and again — restrictions to abortion care disproportionately harm Black and Brown people, people struggling to make ends meet, those who are already parenting, folks in rural areas, undocumented immigrants, LGBTQ folks, and young people.

Without access to reproductive health care, our communities can’t thrive. And while abortion remains legal, the fact that the Supreme Court nearly allowed a Louisiana law— one identical to a Texas law they struck down just four years ago — to take effect shows that we can’t take the judicial system for granted. Our rights won’t be handed to us, we have to take them. 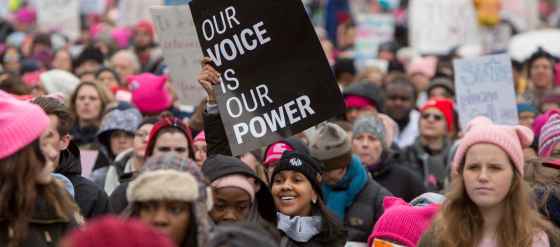 Elected Officials and ACLU of Texas Announce “The Next Step”...