Why is the U.S. Border Patrol Terrorizing Innocent Families?

By By Clarisa Christiansen

Imagine you had just picked up your kids from school. You're driving home on a secluded country road when your car is pulled over by armed US law enforcement agents who threaten you with a knife and taser. That's what happened to me last May and my kids and I still haven't recovered from the experience.

I live in a desert community outside of Tucson, about 40 miles from the US-Mexico border, where my family owns thirty acres of land. Border Patrol agents around here roam our country roads, supposedly on the watch for migrants and drug-runners that sneak across the border. A few times before this particular incident agents had followed me and my kids, in my soccer mom van, for no reason I know. But until last May 21st, I had never been directly confronted by them. 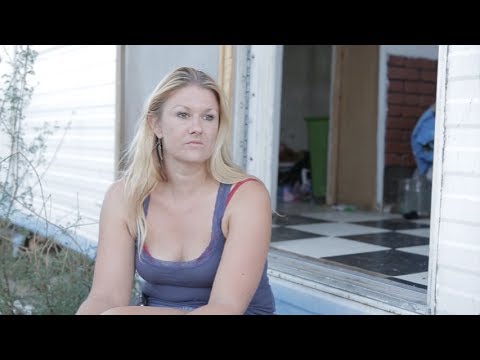 That afternoon, after leaving my daughter's school with my two kids in the back seat, I turned down the dirt road that leads to our property. I stopped briefly to check my tires, and noticed a Border Patrol car parked on the side of the road, but didn't think much of it. I continued down the road as usual, talking to my kids about how their day went and what we would do when we got home. Suddenly I noticed in my rear view mirror that the Border Patrol vehicle was behind me. At first I was more curious than concerned, and then they forced me to pull over.

One of the agents approached my van and asked if I was an American citizen, which I am. He then told me to get out of the car so they could search my vehicle. When I asked what reason they had for searching my car, the agent got aggressive. He demanded in a gruff voice that I comply with his order. I continued to insist that I thought I had a right to know why they had pulled me over before I would get out of the car, and when they wouldn't answer I decided to leave. That's when the agent's behavior turned really threatening. He called back to the other agents, "This one's being difficult, get the taser." Next he opened my door, pulled out a knife, and holding it against my seat belt, he shouted at me, "Ma'am, do I need to cut you out of your seatbelt?" Then he reached into the car and grabbed my keys.

There I was, alone in the middle of the desert, with my five and seven year old, surrounded by three hostile armed men who had my car keys. I was really afraid. So I finally stepped out the car, trembling, while my kids watched from the back seat. I stood next to my van while they bullied and lectured me about their right to search my vehicle, stating that my questioning them put me under suspicion. When the agents finally left, I grabbed my keys from the hood of the car where they'd left them, and started to drive away, only to realize that I had a flat. That's when I discovered that my rear tire had been slashed, a clear knife cut down the side. So I called my brother, who came with a jack to help me change the tire and get my scared kids home safely.

Unfortunately the arrogant and abusive behavior I experienced from the Border Patrol is not at all unusual for those of us who live in this border community. Roving patrols are always watching us from the side of the road, and questioning and harassing people. It's like living with an occupying army. My neighbor who runs the market and cafe in the town of Three Points down the road had to put up with Border Patrol agents coming onto the premises and searching through all the rooms, without any explanation. She finally got so angry she put her foot down. She now has a sign in the cafe, "No armed men allowed."

The saddest thing for me is that my kids are still afraid when we see Border Patrol. They keep asking me if we are going to get pulled over again by the agents, and "if they are going to be mean again and take mommy away." I finally decided that the constant threat of being harassed and interrogated driving back and forth from school to home just wasn't worth it. So I pulled my kids out of school, and with my mother's help they're being home schooled now.

I am still outraged that Border Patrol agents seem to think they have authority near the border to do whatever they want and face no consequences. The very day of the incident last May I tried to file a complaint. Our local sheriff told me to call Immigration and Customs Enforcement (ICE) and the Department of Homeland Security (DHS), the agency in charge of the Border Patrol. A DHS officer took down my story and said the incident would be investigated, but he told me there was no report from any Border Patrol agent about the incident. I never heard back from DHS until an ACLU lawyer in Tucson called on my behalf. Another DHS officer who then contacted me said my $50 claim to have my tire replaced was denied. They decided the tire was torn not slashed, and suggested I could file a lawsuit. He told me he would contact me after he interviewed an agent involved in my case. That was almost a year ago and I've never heard back from any DHS official since.

I'm proud to say I'm now one of the people named in a complaint the ACLU has filed with DHS on behalf of five Arizonans, US citizens who were subjected to abusive behavior by roving patrols. I believe strongly that we have rights under the Constitution that should be protected, and I want to see the Border Patrol held accountable. I recently accepted an invitation to go to Washington DC to speak to members of Congress about my experience, hoping my story could help bring a change in the way cases of Border Patrol abuse are handled. No one should be treated the way I was –leaving me and my family terrified and then ignored by an agency that is supposed to be in charge of our security. I'm standing up for my rights and I hope others will join me.