Will Border Patrol be held accountable for yet another deadly crash?

This piece was originally published in the El Paso Times.

Twice in six months, the Border Patrol has engaged in fatal vehicle pursuits in El Paso.

In both cases, in January and recently in June, the initial statements from U.S. Customs and Border Protection, the Border Patrol’s parent agency, said the chase was called off; however, courageous witnesses and whistleblowers came forward to refute CBP.

The details of the most recent crash still are under investigation. But what we do know is this: Seven people died in the June 25 accident, including teenagers and four El Pasoans. It is one of the deadliest car crashes in El Paso memory. Despite witnesses’ accounts that the Border Patrol appears to have chased the driver and his nine passengers into a precarious part of Downtown El Paso, we fear there will be no accountability.

These high-speed chases in El Paso are not just flukes — they are a pattern. They are how the Border Patrol operates. A 2019 investigation by the Los Angeles Times and ProPublica showed that “at least 250 people were injured and 22 died after a "Border Patrol pursuit” in the previous four years. The reporters believe that number is an undercount since they had to create their own database, given the absence of public reporting from CBP. The Border Patrol has continuously refused to publicly release its vehicle pursuit policy, despite requests for the information from elected officials and advocates.

At police departments throughout the country, restrictions have been placed on high-speed chases. CBP ducks these discussions while remaining an unchecked black box. The agency even refuses basic oversight measures like mandating the use of body-worn or dashboard cameras. These Border Patrol pursuits only escalate dangers and imperil passengers and the public.

The country has prioritized militarized police forces over communities. CBP, the largest law enforcement agency in the nation, is a threat to the safety and lives of border communities, and its actions should be investigated with higher scrutiny.

There must be a transparent, independent and robust investigation. EPPD has a history of supporting the Border Patrol, conducting flawed investigations with little transparency, and resisting oversight. The police investigating the police is wholly insufficient. More is required to hold the Border Patrol accountable and ensure justice for the victims and survivors. For starters, the Police Department should release all video and audio recordings related to the June crash. We’ve filed a Public Information Act request demanding as much.

We have tragically lost the lives of 16-year-old El Pasoan Liliana Jimenez, who dreamed of growing up to be an immigration lawyer; and of 19-year-old Jorge Acosta, whose grieving mother said worked for a heating and cooling company to provide for his son. There’s enough evidence already to say that the Border Patrol conducts enforcement without transparency and with impunity, and that must end.

In May, the ACLU Border Rights Center launched a Border Community Watch Line. Anyone can report Border Patrol activity or abuses in El Paso by calling or texting 1-800-557-4916. Messages can be left in English or Spanish. 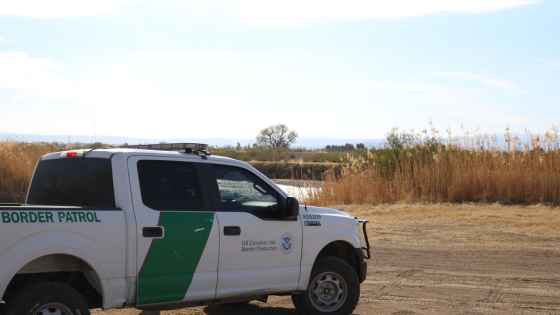