On June 24, 2022, the Supreme Court upended nearly 50 years of precedent in Dobbs v. Jackson Women’s Health Organization and ruled that states are free to restrict or prohibit abortion access.

Finally, the State of Texas maintains that the criminal laws at issue in Roe v. Wade, long-since held unconstitutional, remain in effect. These laws prohibit abortion at all stages of pregnancy with limited exception. But the law does not support this and we are challenging the State’s position in court.

The ACLU of Texas and partners are challenging the validity of the pre-Roe statutes in the courts. On June 28, 2022, a judge in Harris County sided with abortion providers and issued a temporary restraining order blocking any prosecutions under the pre-Roe statutes.  Shortly thereafter, Attorney General Ken Paxton, who does not have the authority to prosecute criminal violations, sought emergency relief from the Texas Supreme Court. The Court granted such relief to Paxton, while maintaining the prohibition against prosecution by district attorneys.

We will update this information as the lawsuit moves through the courts. Please check back regularly.

Is abortion legal in Texas?

No, not unless an examining physician determines that a pregnant person's life is in danger.

It is important to know that Texas’ homicide, or murder statute cannot be used to prosecute a person for the outcome of their pregnancy.

How far into pregnancy can I have an abortion?

Texas bans abortions at all stages of pregnancy, unless you have a life-threatening medical emergency. The law does not provide exceptions for cases that involve rape or incest.

Is it illegal for me as a Texan, or anyone helping me, to get an abortion in another state or country?

No. First, neither the pre-Roe statutes, the Trigger Ban, nor SB 8, allow prosecutions or lawsuits directly against people who receive abortions. Second, while it is not possible to guarantee that people attempting to enforce these criminal laws or SB 8 will not bring a lawsuit against Texans who refer or provide assistance to patients seeking abortion care out of state, these laws do not apply to out-of-state abortions. Therefore, assisting someone to access out-of-state abortion care would not violate these laws.

Can I get an abortion in Texas if I’m under 18 years old?

If you are under 18, live in Texas, and need to access abortion confidentially, please call or text Jane's Due Process' hotline at 866-999-5263.

Is it considered “aiding and abetting” under Texas law if I donate to a Texas abortion fund?

Donating money to a charity is a protected First Amendment activity. While it is not possible to guarantee that people will not attempt to enforce these laws against such constitutionally-protected activities, the risk of liability is very low. However, some abortion funds in Texas might cease operations in light of the Supreme Court ruling. You can also choose to contribute to the National Network of Abortion Funds. https://abortionfunds.org/donate

What are my options for an abortion procedure outside of Texas?

Visit the website ineedana.com to find the clinic nearest to you and get connected with a verified abortion provider.

Is abortion covered by my health insurance plan?

As of December 1, 2017, Texas law forbids insurers from covering abortion as part of your overall health insurance plan, unless you need an abortion to save you from death or serious physical injury. Military insurance and Medicaid only cover abortion in cases of rape, incest, or life-threatening conditions.

Yes, abortion is an extremely safe and common procedure. Currently, about one in four Americans who can reproduce have had an abortion by the age of 45. Abortions happen without any major complications in more than 99.975% of cases. That means an abortion is about as safe as a colonoscopy.

Will having an abortion put me at an increased risk for breast cancer?

No. Although Texas requires your doctor to read you a statement suggesting that there is an increased risk of breast cancer after an abortion, it’s not true. Cancer experts and reproductive health experts agree that there is no such risk. For example, the American Cancer Society concluded that there are no scientific research studies demonstrate a causal relationship between abortion and breast cancer.

Will I still be able to get pregnant again if I have an abortion?

Yes. Abortion hasn’t been shown to cause complications in subsequent pregnancies, and there is no scientific evidence that abortion is linked to infertility.

Is it true that Texas has some of the most restrictive abortion laws in the U.S.?

Weren’t these laws struck down by the Supreme Court?

To learn what other laws regulate abortion in Texas, click here.

I don’t see my question here. Where can I get help?

Email your question to abortionaccess@aclutx.org. 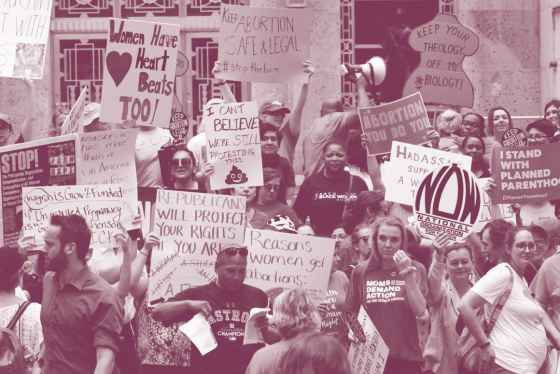