Civil gang injunctions: What you need to know

Update: On June 6, Harris County Attorney Vince Ryan and District Attorney Devon Anderson agreed to drop the gang injunction lawsuit. "The lawsuit is being dismissed to allow time to develop and implement programs that create job-training and educational opportunities," they said in a statement.

What is a civil “gang injunction?”
It’s a civil lawsuit the government can bring against people it thinks are gang members. If the government wins, it can make rules prohibiting people from hanging out together or being in certain parts of town. The result is often that people are prohibited from doing every day, innocent things in their neighborhoods, like meeting a friend for dinner, waiting for the bus to go to work, or babysitting a niece while her parents work the graveyard shift. If they are spotted doing any of those things, they can be arrested and go to jail for up to a year.

The government has a much easier time winning civil gang injunctions than criminal prosecutions because it doesn’t have to prove its case beyond a reasonable doubt. And, unlike a criminal case, the defendants in a gang injunction aren’t entitled to have a lawyer appointed even if they can’t afford one on their own.

Are they effective?
No. Gang injunctions do not address the root problems of crime and violence. Los Angeles has more active gang injunctions than any other city, but has lost more than 10,000 youth to gang violence in the last 20 years. What has been shown to work at reducing violence and gang activity is funding social services, such as gang intervention and prevention programs, providing jobs and job training, and providing better educational opportunities for young people.

I’m not in a gang. Why should I care?
Because an officer might mistake you or a family member for being a gang member. It doesn’t take much to trigger suspicion: A simple chat with your neighbor who is under surveillance, a stroll on a block marked as gang territory, a suspected gang member “liking” your Facebook post. In fact, you could already be registered in a gang database shared with law enforcement agencies across the state and not even know it. Law enforcement doesn’t have to tell you that you’ve been entered into its gang database. Even if you somehow discover the mistake, you may have to go to court to clear your name.

What can I do?
All Houstonians should be able to walk and play safely in their neighborhood. Gang injunctions are no substitute for the kind of effective programs that actually make neighborhoods safer. You and your neighbors should not have to sacrifice basic constitutional safeguards and fundamental rights. Tell the District Attorney, the County Attorney, the Chief of Police, the Sheriff, the Mayor, and your city councilmember that you want transparent, community-oriented, and constitutional solutions that address the root causes of crime. 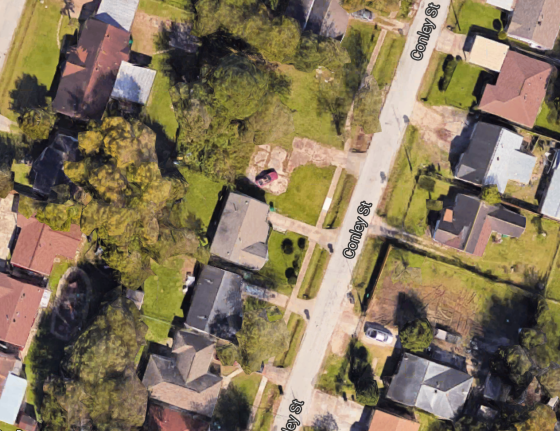