66 children a day ripped away from their parents, who beg officials to tell them where their kids are. Children as young as 53 weeks or 18 months old. This isn’t a dystopic TV show: it’s Attorney General Sessions’ “zero-tolerance” prosecution atrocity for immigrant parents and kids who cross the border together. And prosecution numbers have just begun to be ramped up: the thousands of families affected are just a start for this evil scheme (658 children were separated from May 6 to 19, which included only ten court days). 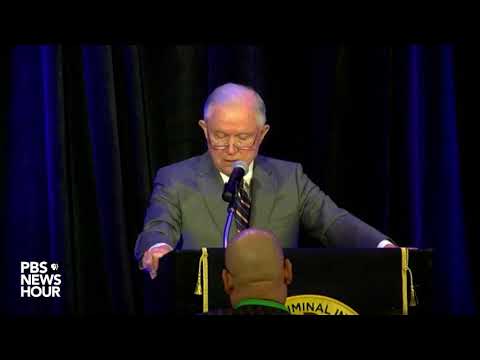 Discredited approaches
Attorney General Sessions is proudly promoting his new “zero-tolerance” campaign, which aims to prosecute as many people as possible, thereby separating families who cross the border, most of whom immediately turn themselves in to Border Patrol agents and ask for our country's help. These prosecutions are designed to ignore individual circumstances, so who cares if the parents and children are fleeing violence, or whether the kids are traumatized in federal custody after separation from a parent? As long as immigrants are scared away from coming, in the words of Chief of Staff John Kelly, family detention works as “a tough deterrent. A much faster turnaround on asylum seekers. Even though people say that's cruel and heartless to take a mother away from her children? I wouldn't put it quite that way. The children will be taken care of — put into foster care or whatever.”

The so-called Department of Justice is throwing away resources on cruelly attacking vulnerable families whose first and only request on U.S. soil is for this country’s protection. In Trump’s America, our values and aspirations to be a beacon of liberty don’t matter - much less international legal obligations prohibiting the punishment of asylum seekers. Zero tolerance is a failed concept; it has been tried before and discredited again and again. All that matters to Sessions’ DOJ is enforcing the Trump administration’s demonization of people who put everything at risk to enter our country and protect their children’s lives (for a good explanation of why not all asylum-seekers are able to come through ports of entry, see the Washington Office on Latin America’s “Jailing All Border Crossers and Separating Families Would Break U.S. Courts, Ports, and Prisons. (It’s Cruel, Too.)”.

Why is immigration being treated as a federal crime?
For most of our legal history, the immigration system handled border crossings as a civil matter. This changed in recent years as the political climate shifted, and now - astoundingly - federal immigration prosecutions make up more than half the national caseload. The ACLU has consistently opposed criminal prosecutions of migrants as a manifestation of mass incarceration like the failed war on drugs. Some people blame the private prison lobby, but the buck stops with our elected and appointed officials implementing policies that ruin families and harm children’s entire lives.

How it happens
The way these prosecutions are carried out is a travesty of justice based on an assembly line of expedited procedures. In South Texas, the arraignment, plea and sentencing hearing are all packed into one court appearance. Judges hold mass hearings where up to 100 defendants plead guilty. A single defense attorney often represents multiple defendants at a time, raising due process and adequacy of representation concerns. For a snapshot of what this looks like in South Texas, see - and hear - the Intercept’s “Hidden Horrors of Zero Tolerance: Mass Trials and Children Taken from Their Parents,” which observed recent proceedings in Brownsville where “[i]n 46 minutes that morning, 32 people had been convicted, sentenced, and dispatched en masse to ICE detention.”

The enforcers
Much as they’d like to, Attorney General Sessions and President Trump can’t personally enforce the prosecution orders they’re barking out. In Texas, it’s up to U.S. Attorneys for the Southern District, Ryan Patrick (you may know his father, Lt. Gov. Dan Patrick), and the Western District, John Bash, to carry out Sessions’ and Trump’s dirty work of separating toddlers from their parents and criminalizing migration. This is not only morally wrong and unjust, but also distorts and strains our federal criminal justice system by diverting resources away from serious crimes. Don’t just take it from us; listen to voices like Judge Robert Brack, appointed by President George W. Bush, who describes his sentencing role in these cases with regret: “I have presided over a process that destroys families.” Or federal Magistrate Judge Ronald Morgan in Brownsville, who told an Assistant U.S. Attorney this month: “[W]hat you’ve done, in effect, by separating these children is you’re putting them in some place without their parents. If you can imagine there’s a hell, that’s probably what it looks like.”

Take a moment and ask Texas’ U.S. Attorneys why they’re using their power to hurt children:

U.S. Attorneys should not be puppets manipulated by Trump and Sessions from Washington, D.C. They took oaths to the Constitution, and are expected to act with independence and prosecutorial discretion as well as to engage with the needs and views of communities they serve. Please think again about the 66 or more children traumatized by being torn away from their prosecuted parents today. Then let these men know you deeply disapprove of how they’re prioritizing and carrying out their duties: demand an end to family separations.