We Stopped the State’s Attempted Voter Purge. Here’s How to Protect Your Right to Vote.

By Thomas Buser-Clancy, Senior Staff Attorney, Legal
On April 26, 2019 in an historic settlement, acting Texas Secretary of State David Whitley agreed to rescind the sloppy and illegal list of nearly 100,000 individuals who were accused by the state of being potential non-citizens. This settlement is a huge victory for those naturalized citizens whose voting rights were threatened.
The moment the news broke about this list, we knew that it was flawed and would target naturalized citizens who were properly registered to vote. We immediately warned the secretary of state and counties of this, but the state still insisted on going forward. Even after admitting that the list contained at least 25,000 naturalized citizens and likely many more, the secretary refused to rescind the list. So we sued.
But now that our lawsuit with the State of Texas has come to a favorable close, what does the settlement mean for voters in Texas?
If you -- or someone you know -- receives a letter from a county official questioning your eligibility to vote based on your citizenship status, we want to hear from you.
Under the settlement agreement, the secretary of state will rescind the initial flawed list and scrap the process that led to creating that list containing tens of thousands of naturalized citizens who were in fact eligible to vote. The secretary will be allowed to continue with a much narrower voter roll maintenance procedure that should not, if done right, target naturalized citizens.
Critically, the settlement also builds in the ability for the ACLU of Texas to monitor the secretary’s actions by mandating that the secretary provide certain information to us and other civil rights groups before implementing the new procedures.
Although under the new procedures no naturalized citizen who is eligible to vote should be threatened with removal from the voting rolls, we are dedicated to ongoing monitoring to make sure that the agreement is being followed and is working as intended.
Ultimately, there was never any evidence that widespread voter fraud was or is a problem in Texas or anywhere else in the country. And despite this settlement victory, leaders in Texas will likely continue to try to find ways to suppress and intimidate the electoral voices of minority communities. Now more than ever, it is critical for communities and civil rights organizations to remain vigilant in their defense of the fundamental right to vote.
If you or anyone you know receives a letter from their county voter registrar threatening removal from the voter rolls based on a false charge of non-citizenship, we encourage you to reach out to us through our legal intake form immediately. 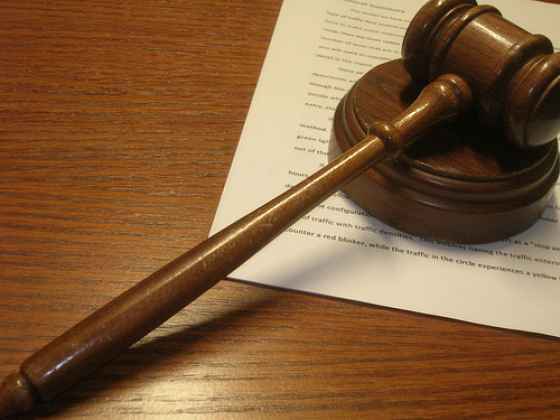 Be an ACLU of Texas Voter

I Testified at a Public Input Hearing on Redistricting. Here’s Why...

I Was Arrested for Voting, but I Won’t Let the Government...