By Caroline Duble, Statewide Engagement Manager, Field Engagement
The Reproductive Freedom in Action Conference — RFIA for short — began like any other great idea: a group of people had a collective concern around an issue they cared about and were ready for change.
In 2015, a cohort of pro-reproductive rights medical students in Dallas approached the ACLU of Texas wanting to collaborate. Abortion, they said — and conversations around reproductive freedom — were not included in their medical school curriculum, and they wanted to do something about it. From that first desire to act, RFIA was born.
Just last week, we held our fourth annual conference in Austin, hosting almost 200 graduate students and young professionals from across Texas. Every year, the conference uplifts conversations around the intersection of law, public health, social work, and abortion access. This year additionally focused on reproductive healthcare in the context of the 2019 Texas Legislative Session. 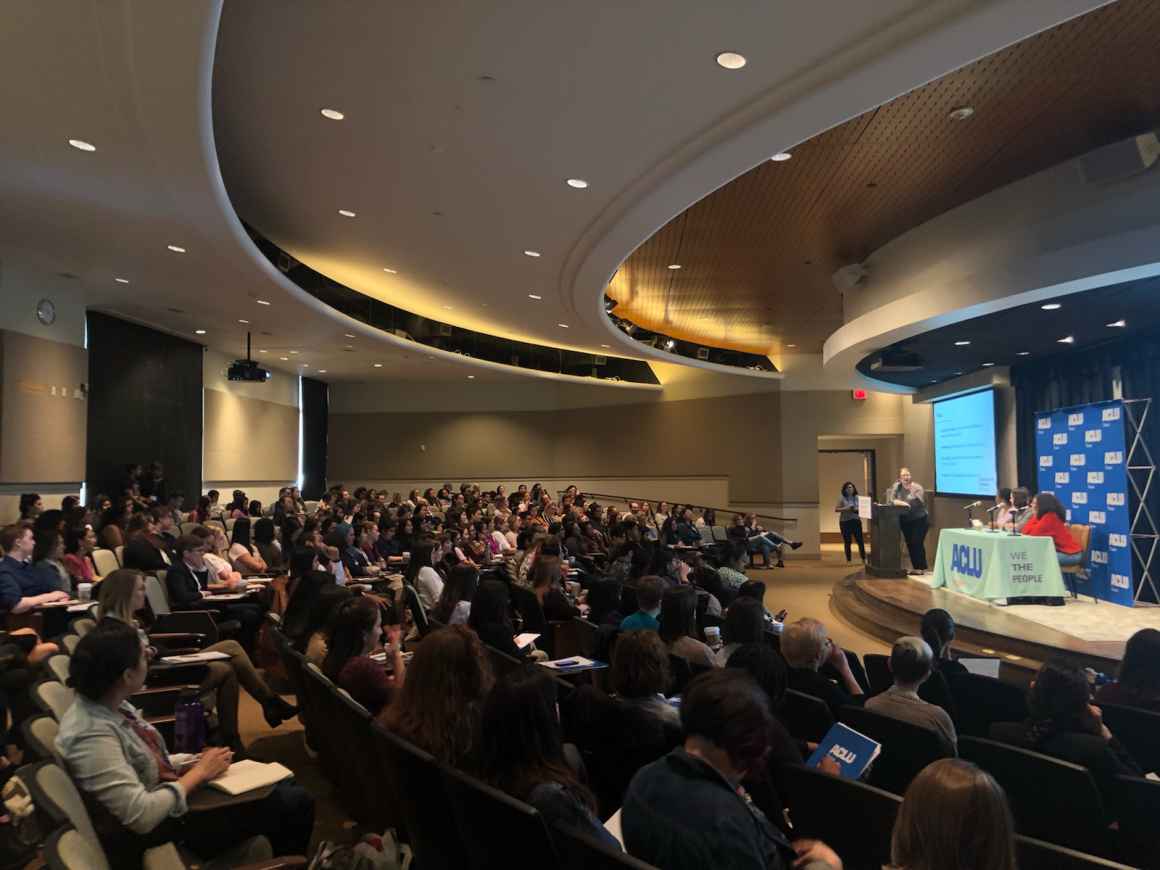 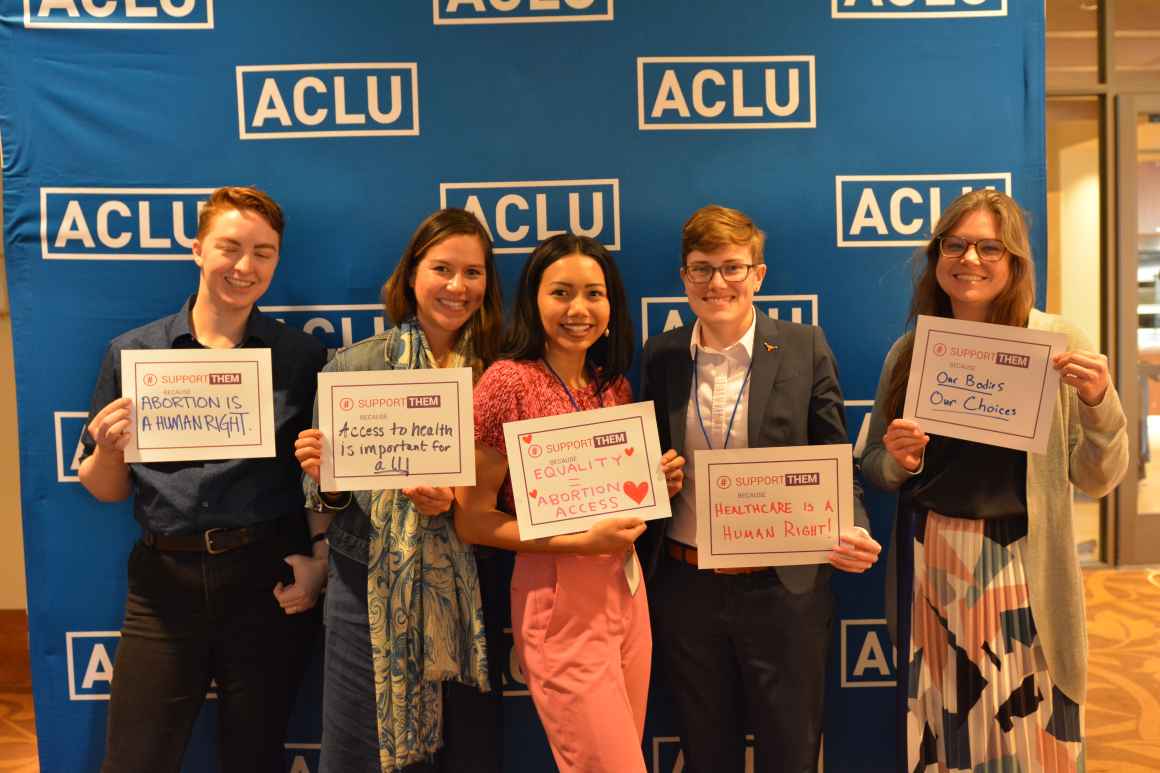 Protecting reproductive rights is as urgent as ever thanks to the unrelenting attacks on abortion by ideologues in our state. There is an anti-abortion ideology that has plagued Texas — and more than ever, our country — since the Roe v. Wade decision in 1973. But the sobering reality is that laws at the state level can make abortion virtually impossible to access for most women.
For instance, new bills, like Texas House Bill 1500, are attempting to roll back our reproductive rights even further. This bill aims to ban abortion after six weeks, before many women even know they’re pregnant, thus severely limiting the window of time that a woman could legally access an abortion.
We must pay close attention to these types of insidious bills that attempt to chip away at the constitutionally protected right to abortion. The legislators who write them and pass them know exactly what they are doing: these laws are a death by a thousand cuts in an effort to curtail access to reproductive healthcare. 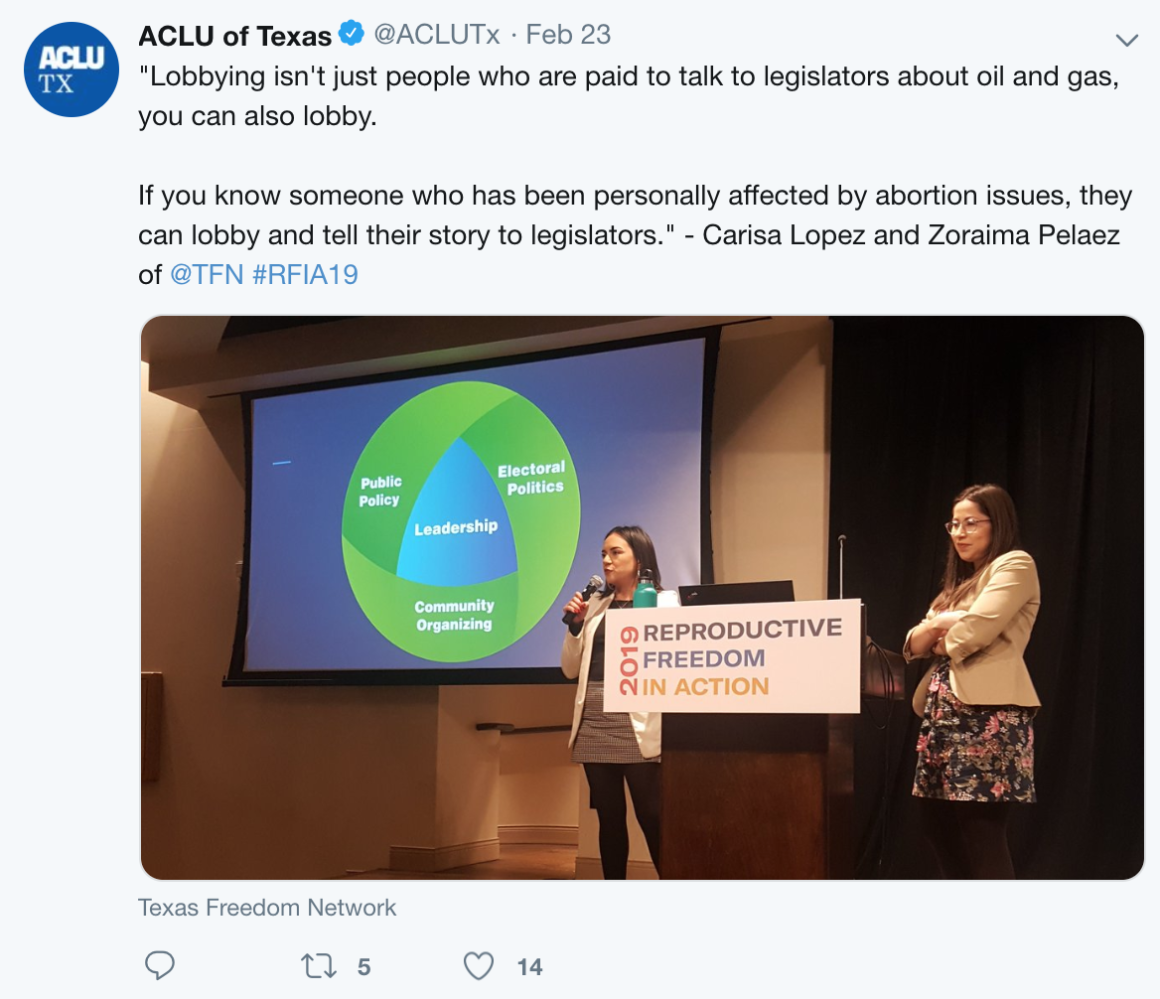 Collectively, we can combat these attacks on abortion through education, advocacy, and efforts to train and empower the next generation of abortion advocates through events like RFIA.  From advocacy and legislation, to reflecting on the intersection of LGBTQ rights and transgender/nonbinary people seeking reproductive healthcare, RFIA has always sought to be at the forefront of the reproductive freedom conversations and action in Texas.
Thankfully, the conference has grown in scope and interest, primarily because RFIA isn’t just a once-a-year event. We work with the steering committee members and our partners in the Trust. Respect. Access. legislative coalition year-round to engage students on their campuses and keep working toward reproductive freedom at a local level.
You can act to protect the reproductive rights of all Texans, year-round, too. Start by signing the petition to stop Texas House Bill 1500, the six-week abortion ban.
You can also sign up to receive our e-alerts and follow us on social media to receive the latest updates on the the battle to protect reproductive freedom in Texas.
Related Issues

FIGHTING LOCAL ABORTION BANS: HOW TO USE SOCIAL MEDIA TO BUILD...

There’s a Sanctuary City Problem in Texas. But it’s Not What You...

Abortion and the Supreme Court: What the Future Holds in Texas

Texas Has its Own Bad Abortion Legislation. And it’s About to...