ACLU of Texas Files Suit on Behalf of Homeless Houstonians

HOUSTON — The ACLU of Texas announced today that it had filed a lawsuit on behalf of three homeless Houstonian plaintiffs adversely affected by the City’s camping and panhandling ordinances. Taken together, these ordinances illegally deprive homeless Houstonians of shelter, infringe on their right to free speech and ultimately constitute a criminalization of homelessness itself.

“In recent years, Houston has admirably managed to reduce homelessness by half by pursuing sensible and compassionate solutions to this nationwide crisis,” said Trisha Trigilio, staff attorney for the ACLU of Texas. “But these latest ordinances abandon that humane approach. The City says they’re meant to get people into shelters with ‘tough love,’ but the truth is the shelters are full and Houston’s homeless have nowhere else to go.”

“The main thing these laws take from us is our dignity,” said Plaintiff Tammy Kohr. “We’re not bad people; we’re just trying to survive.” Plaintiff Eugene Stroman added, “This law shows little respect or sympathy for the impoverished people of Houston. Living in shelters just isn’t an option for us, but if you can’t find your own place to live, you’re treated like a criminal.”

The lawsuit requests an injunction prohibiting the tent ban, the panhandling ban, and the seizure of homeless Houstonians’ private property. 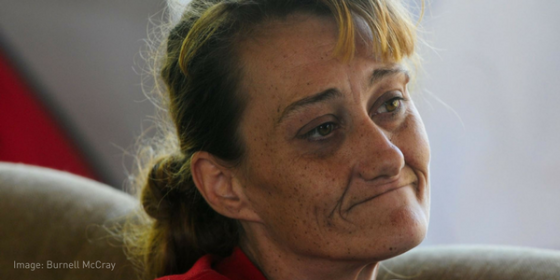 How to Protect Civil Liberties During a Pandemic

There is an Urgent Threat Looming in Texas’ Jails. And We Can Fix it.

Are Our Prisons and Jails Ready for COVID-19?

ACLU of Texas Statement on Harris County DA Ogg’s Plan to Use...