The War on Marijuana in Black and White

A new report from the ACLU shows that marijuana is the drug of choice for police departments nationwide—with serious consequences for Texas and our communities of color. Texas ranks second in the nation in total arrests for marijuana possession, wasting nearly $300 million in state taxpayer money on a failed “War on Drugs.” Even more troublesome: Marijuana enforcement is a vehicle for law enforcement to target communities of color.

A corridor of racial targeting
The worst-offending Texas counties for racial disparity in marijuana enforcement stretch across East Texas and center around the state’s most populous centers (Houston and Dallas). Texas is the only state with two counties appearing in the nation’s top five for racial disparity—with Van Zandt at number one and Cooke at number four. 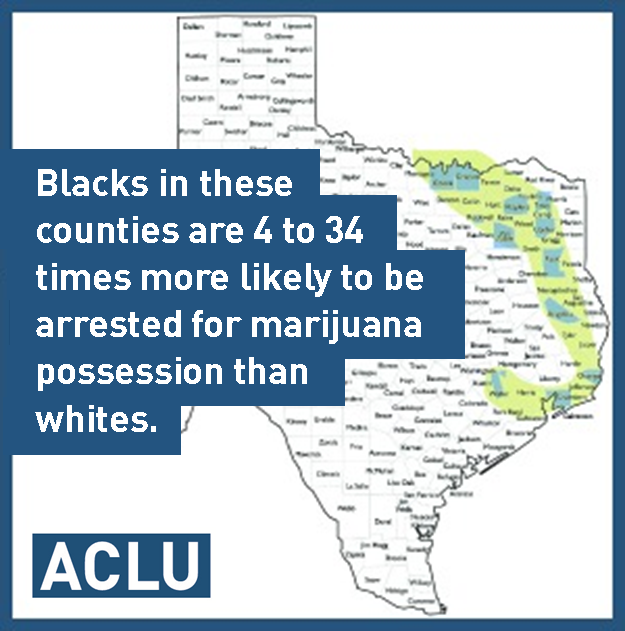 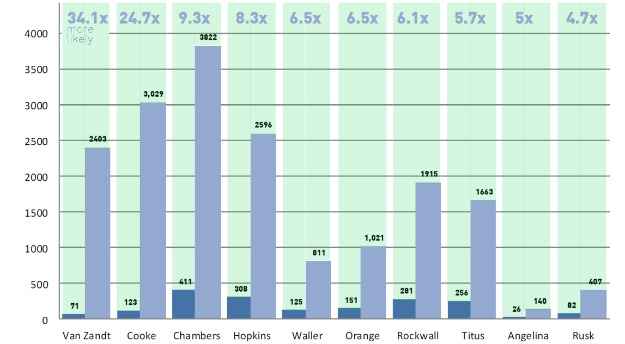 In these counties with largest disparitites in arrests by rate, blacks more likely to be arrested than whites.

The ACLU of Texas wrote letters to officials in the 12 counties with the worst racial disparity in marijuana-possession arrests demanding changes in law enforcement policies and practices.

Texas by the numbers