By Emmett Schelling
It’s difficult to explain to cisgender folks—people who identify as the gender they were assigned at birth—what it’s like to live in a climate of fear.
How do you explain to non-transgender people what it’s like to constantly make judgement calls about when it’s safe to be yourself and when it’s not? Organizing outings, sitting down to grab lunch, interviewing for a job, going on a date; all of these completely banal things have to be carefully calculated to avoid embarrassment and often times much worse.
Transgender Day of Remembrance, observed every year on November 20, is one of the essential tools our community has to identify the cruel realities that many of us have lived, and memorialize the cruel realities from which many have died.
Just months ago, tragedy struck the transgender community in Texas twice within the same week with the deaths of Nicole Hall and Carla Flores-Pavon, two transgender women of color in Dallas. Such senseless deaths never fail to send shockwaves throughout the transgender community, even with their increased frequency—28 transgender people were killed in the United States in 2017, the most ever recorded. In 2018, we’ve already lost 22 souls to murder in the U.S. and 369 worldwide.
The truth is, the transgender community faces sanctioned and legalized violence every day. According to a report by the National Center for Transgender Equality, one in four transgender people have been the victim of violence due to being trans. Another academic study found that not only does the risk of violence start earlier in the lives of trans people, but that violence is persistent. Yet another publication uncovered that the life expectancy for transgender women of color is a mere 31 years old.
For some, these are just statistics; numbers aggregated to use during debates and articles. For my community and me, they exemplify our toughest challenge: survival.
On this Transgender Day of Remembrance, we honor not just Nicole Hall and Carla Flores-Pavon, but all of the trans lives senselessly lost. Remember their names, the lives no longer with us due to the discrimination and hate that permeate attitudes toward our community.
Transgender people everywhere deserve better; not just the right to survive, but to thrive, like any other proud person does. We deserve these rights not just because we comprise a vibrant, brilliant and beautiful community, but because we’re human. Being transgender is not a “lifestyle,” a phase or any other toxic stereotype that has been created to frame us as second class citizens. We are an important part of this country and this state, and we’re not going anywhere.
Our community needs your voice now more than ever. Sign up to support the dignity and humanity of transgender Texans. 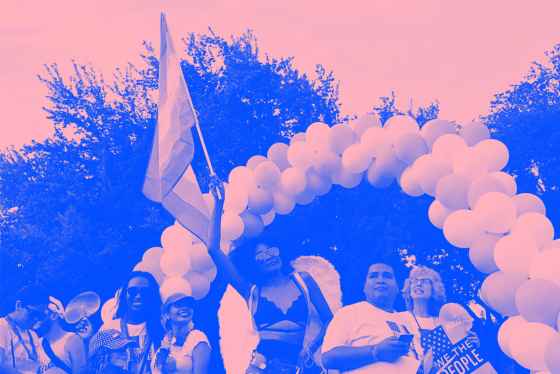