The Status of 287(g) Agreements in Texas

How have 287(g) agreements been used in Texas in the past?

For the past decade, Texas only had two 287(g) agreements with U.S. Immigration and Customs Enforcement (ICE): the Harris County Sheriff Department and the Carrolton Police Department. In February 2017, the newly elected Harris County Sheriff honored his campaign promise to end the agreement with ICE because of civil rights concerns and costs. This outcome couldn't have been possible without the great organizing efforts of the immigrant rights and criminal justice community. In 2018, Carrolton Police Department ended their 287(g) agreement.

How are 287(g) agreements being used under the Trump administration?

Below is an interactive map of Texas counties who have enrolled in the 287(g) program. Hover above the highlighted region to reveal the name of the County.

Collaboration through a 287(g) agreement is not mandatory and makes our communities less safe. This program has a track record of devastating consequences for community relations: it erodes people’s trust in our officers and makes residents reluctant to report crimes because they fear they or their family members might face deportation. In addition, such collaboration strains public funds and exposes local governments to legal liability. Local law enforcement should place their community and its safety first by refusing to enter into a 287(g) agreement or any other intergovernmental service agreement with ICE. The costs of enmeshing in federal civil immigration enforcement far outweigh any perceived benefits.

Currently, Immigration and Customs Enforcement (ICE) only negotiates “jail agreements,” which allow local police to act like federal immigration agents within local jails. This results in local law enforcement officers questioning individuals in these jails about their immigration status, preparing documents to charge them for immigration violations, and ordering the continued detention of persons thought to be subject to deportation. As of May 5, 2017, there were 40 287(g) “jail agreements,” but the Trump administration continues to recruit new counties to join his deportation force. There are 25 in Texas alone.

**View the additional records we received from Rockwall County in response to our 287(g) Open Records Request.

Read our letter to the Department of Homeland Security's Office of Civil Rights and Civil Liberties urging an end to 287(g) agreements with Victoria, Smith and Waller Counties (Feb. 7, 2017). 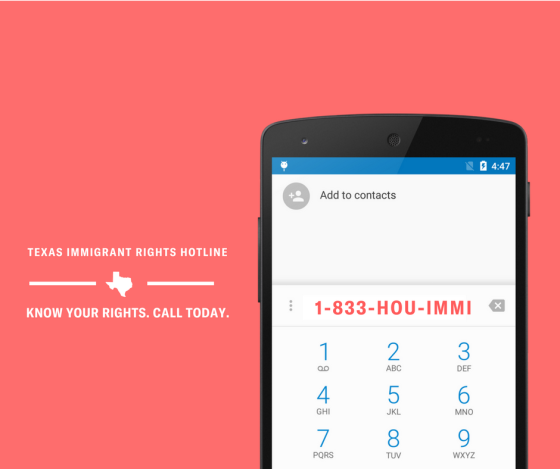