This blog, and the resources within, was originally published on July 15, 2019. It has been updated to reflect changes that have occured since then.

Like many others, I’ve been consistently outraged at the Trump administration’s ongoing dismissal of human lives along our southern border. The federal government’s policies to treat migrants and asylum seekers inhumanely continues to escalate, but the ACLU continues to fight against attempts to dehumanize migrants as well as continued attacks to the U.S. asylum system.

Make no mistake, Customs and Border Protection (CBP) and Border Patrol have been emboldened by the current administration’s newest policies, ones driven by the view that immigrants and asylum seekers should be kept outside of the U.S. altogether and deserve cruelty and punishment if they dare to try and seek refuge. These policies have already led to the tragic deaths of children and have put tens of thousands of other people’s lives and wellbeing at risk.

But there are ways to help children, families, and individuals arriving to the border seeking asylum. Here's where to start:

Instead of providing an essential humanitarian response to the influx of families and individuals seeking refuge at the U.S.-Mexico border, the Trump administration has continued its anti-immigrant agenda by inflicting trauma on people coming to legally seek asylum.

The human tragedies at the border are primarily caused by maliciously engineered policies enacted by the Trump administration. These policies, from zero-tolerance, to family separation, Border Patrol abuses and killings, building more border wall,  turnbacks at U.S. ports of entry, and “Remain in Mexico,” and the deeply troubling conditions at facilities run by Customs and Border Protection (CBP), are all part of a comprehensive and racist attack on migrants and asylum-seekers. The administration is also committed to destroying the U.S. asylum system through policies that unlawfully eliminate asylum eligibility and send vulnerable people back into the life-threatening situations they seek to escape.

This deterrence-through-cruelty strategy has not only been a total failure, it has resulted in gross human rights violations at our southern border. In less than a year, at least seven children died while in immigration custody or shortly after being released, while thousands of families and individuals have been traumatized by the barrage of chaos and abuse at the hands of the U.S. government. And now, almost 60,000 asylum seekers have been forced into Mexico to wait for their court hearings while living in squalor.

This is unacceptable, and we simply cannot wait any longer to stop these inhumane policies and actions. Here is how you can act today:

Below is an updated list — as of December 2019 — of organizations in Texas working tirelessly to provide direct assistance to asylum seekers and migrants with immediate need.

Angry Tias and Abuelas of Rio Grande Valley: Their mission is to provide basic necessities for health and safety and support for human dignity and justice to individuals and families seeking asylum at our borders. Donate here.

Rio Grande Valley Rapid Response: A coalition of activists and non-profit organizations on and near the border focused on providing direct humanitarian aid to refugees and immigrants. Donate here.

Dignity Village: A project to establish a temporary, safer, more sanitary refuge for asylum seekers living at the base of the Gateway International Bridge in Matamoros, Tamaulipas, Mexico. Donate here.

Call your elected officials urging them to:

You can also help support the ACLU of Texas and ACLU Border Rights Center’s ongoing work both along the border and in our nation’s capital. Your donation helps fuel our efforts to fight against the Trump administration’s horrific anti-immigrant policies through community organizing, advocacy, policy, and litigation. 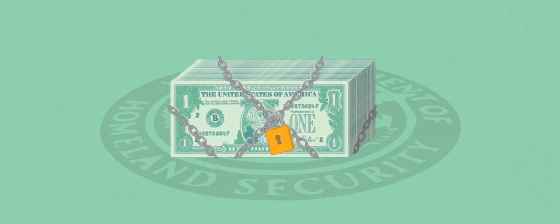 Prosecuting Migrants on Our Southern Border

What it Takes to Survive the “Remain in Mexico” Policy